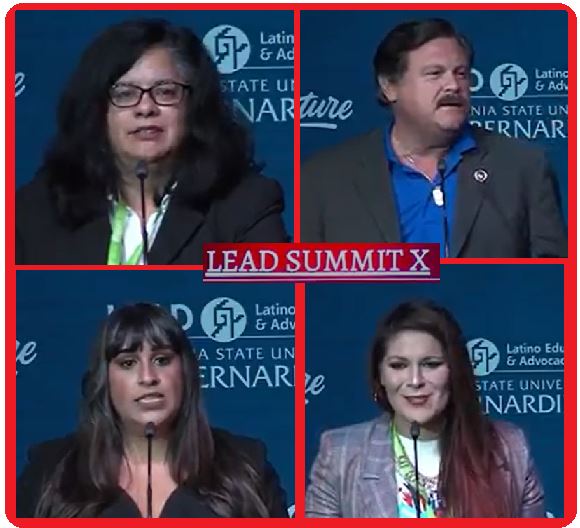 00:00 / 00:44:50
Apple Podcasts Overcast Stitcher Pocketcasts Google Podcasts Spotify Castro Amazon Music
RSS Feed
Share
Link
Embed
Over the past decades, Latinos have emerged as the largest minority in the nation, with majority populations in many states and regions, and in some cases, the majority demographic among school-age children. In many ways, this is our moment as a major cultural influence on art, music, food, and so forth. Our workers, too, are the backbone of many sectors of the intertwining local, regional, state, national and global economies. Yet, the strength of our schools and communities, basically, “our place in the world”, is impossible to evaluate without focusing on the educational outcomes of Latino students.
Latinos continue to have some of the highest drop-out/push-out rates, score among the lowest on achievement tests, and have low college enrollment and graduation rates. Both Latino students and teachers have a high mobility rate, are located in racially segregated communities with high poverty rates, and attend schools with fewer resources, staffing, and programs. Education is of economic imperative, and the Civil Rights issue of our generation; it’s a right not a privilege. For the U.S. to create a positive future it will require a Latino citizenry that more greatly participates in the American democratic process, and that is poised to shape the U.S. political landscape through voting and civic engagement.
By 2020, 32 million Latinos, for the first time, will be eligible to vote, the largest racial or ethnic group eligible to vote in a presidential election (13.3 percent of the electorate). Immigration is playing a role, albeit a small one. One-in-10 eligible voters will be foreign-born in 2020, the highest share since 1970. But the share eligible to vote does not necessarily transfer to voter turnout. The number of Latinos who don’t vote, in fact, has been greater than the number who do in every presidential election since 1996. Latinos have also been frustrated with decennial Census projections that historically underestimate the Latino population growth. The Census Bureau is the primary source of economic and demographic data for the United States. The push to be accurately counted has always been high stakes because the size of ethnic minority populations directly affects the ability to allocate federal funding for public services and to influence the way Congressional and other voting districts are drawn.
This capstone presentation will be offered by leaders of various Latino Civil Rights organizations. The fight for civil rights doesn’t happen in a vacuum, and in most cases, have fueled—and have been fueled by—other social justice movements. As we represent a significant portion of this country’s future strength, we must achieve a dramatic and powerful change in our communities, one that necessitates civic courage, social action, public service, and the creation of leadership opportunities.
Introduction / Moderator:
- Deborah Grijalva, Doctoral Candidate-Cohort 11, Educational Leadership Program, CSUSB
Capstone Panelists:
- Lydia Camarillo, President, Southwest Voter Registration Education Project and Willie C. Velasquez Institute
- Domingo Garcia, National President, League of United Latin American Citizens (LULAC)
- Lizette Escobedo, Director of National Census Programs, NALEO Educational Fund
This segment is date/time stamped: March 28, 2019; 2:15PM
Recommended Citation:
CSUSB - Latino Education and Advocacy Days (LEAD), "Capstone Presentation: "Civic Courage and Social Action in the American Democratic Process: Toward a New Latino Citizenry"" (2019). Latino Education and Advocacy Days (LEAD) Video Recordings. 15.
https://scholarworks.lib.csusb.edu/lead/15